No automotive segment is hotter than SUVs, and today we have our first look at the next-generation Jeep Grand Cherokee. This will be a big offering for Jeep, both figuratively and literally, as the Grand Cherokee has long been an SUV staple near the top of the segment. As such, it will be a tremendously important debut for Jeep, and because bigger is generally better these days, we’re expecting the new model to grow slightly. This heavily camouflaged prototype certainly looks beefier than the current model.

We were fortunate to catch this prototype at rest getting some fuel, so our photographer managed to get up-close and personal. The next Grand Cherokee is believed to ride on a completely new platform from Alfa Romeo. With the Jeep’s current design dating all the way back to 2011, the fresh underpinnings will allow the SUV to evolve further into the technological realm. Among other things, that means prolific electrification could be implemented starting with a mild hybrid system, possibly connecting with a V6 engine for the near-term. It’s believed a V8 will endure as the Grand Cherokee’s range-topping mill. 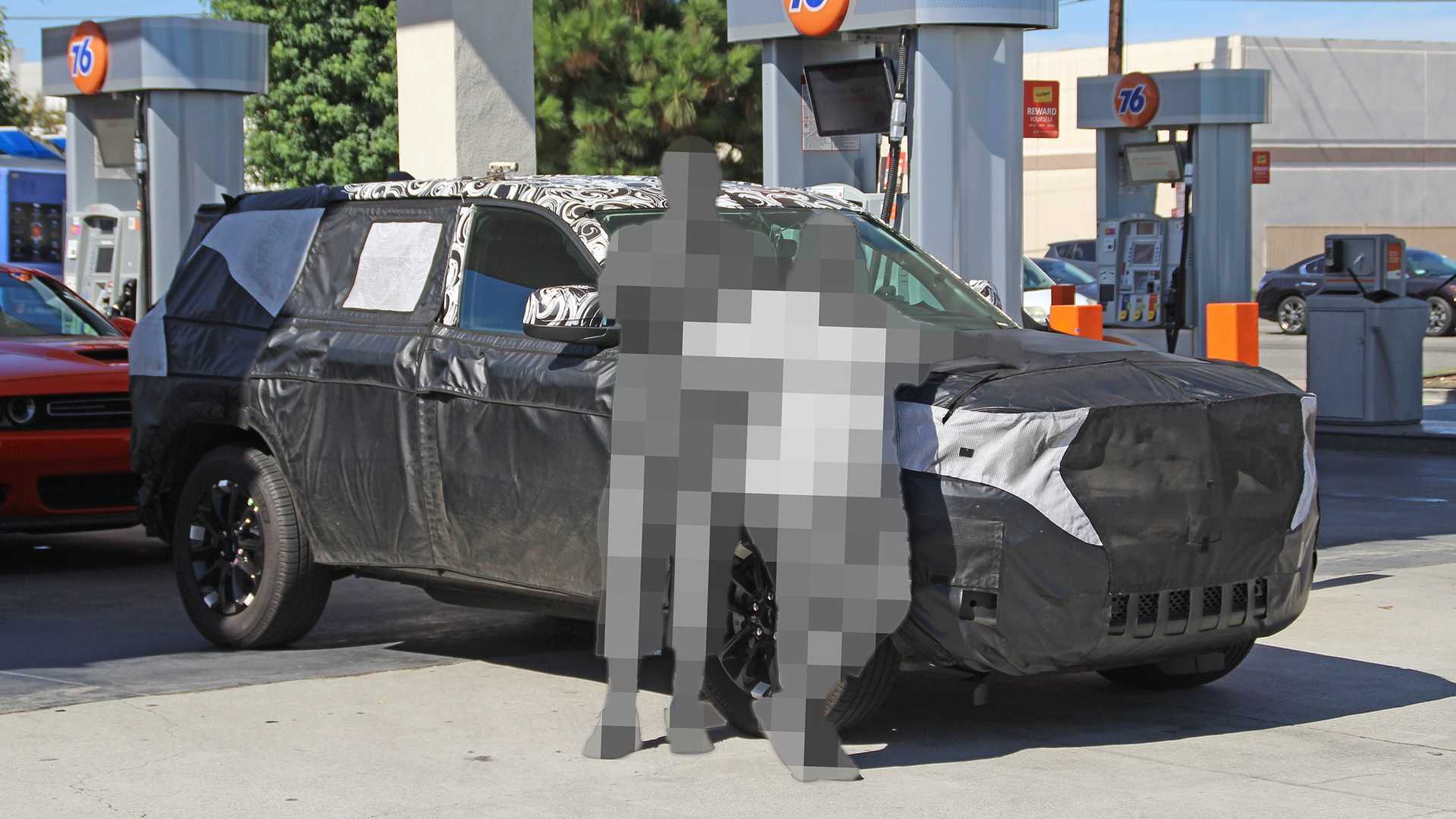 As for size and design, this prototype is heavily covered and we mean that to the extreme. Aside from the tarps (which take on a distinctive Dodge Durango look), we can pick out all kinds of false panels beneath them, hiding both body lines and the Grand Cherokee’s actual size. That’s especially true at the front, where some kind of bracing can actually be seen behind the mesh screen in the grille area, exaggerating the frontal area. At the back, cladding attempts to make the rear hatch look far beefier and squared off than we suspect it really is.

This could be a clever ruse by Jeep to make us think we’re looking at the larger Grand Wagoneer, and we must admit that it could well be the case. The world of automotive spy photography isn’t an exact science, but we feel confident this prototype is the next Grand Cherokee. The wheelbase appears slightly longer as we’ve heard it should be, and when you visualize this without the cladding, proportions seem to match up better with the Grand Cherokee. As for seating, we’ve heard conflicting reports that it will stick with two rows, or it could gain a third. We tend to stick with the two-row theory, as the Grand Wagoneer and another as-yet-unnamed SUV offering from Jeep will offer buyers three-row seating.

There’s still a long way to go before we get full disclosure on the new Grand Cherokee. This vehicle is likely destined for the 2021 model year, with a reveal expected sometime late in 2020. 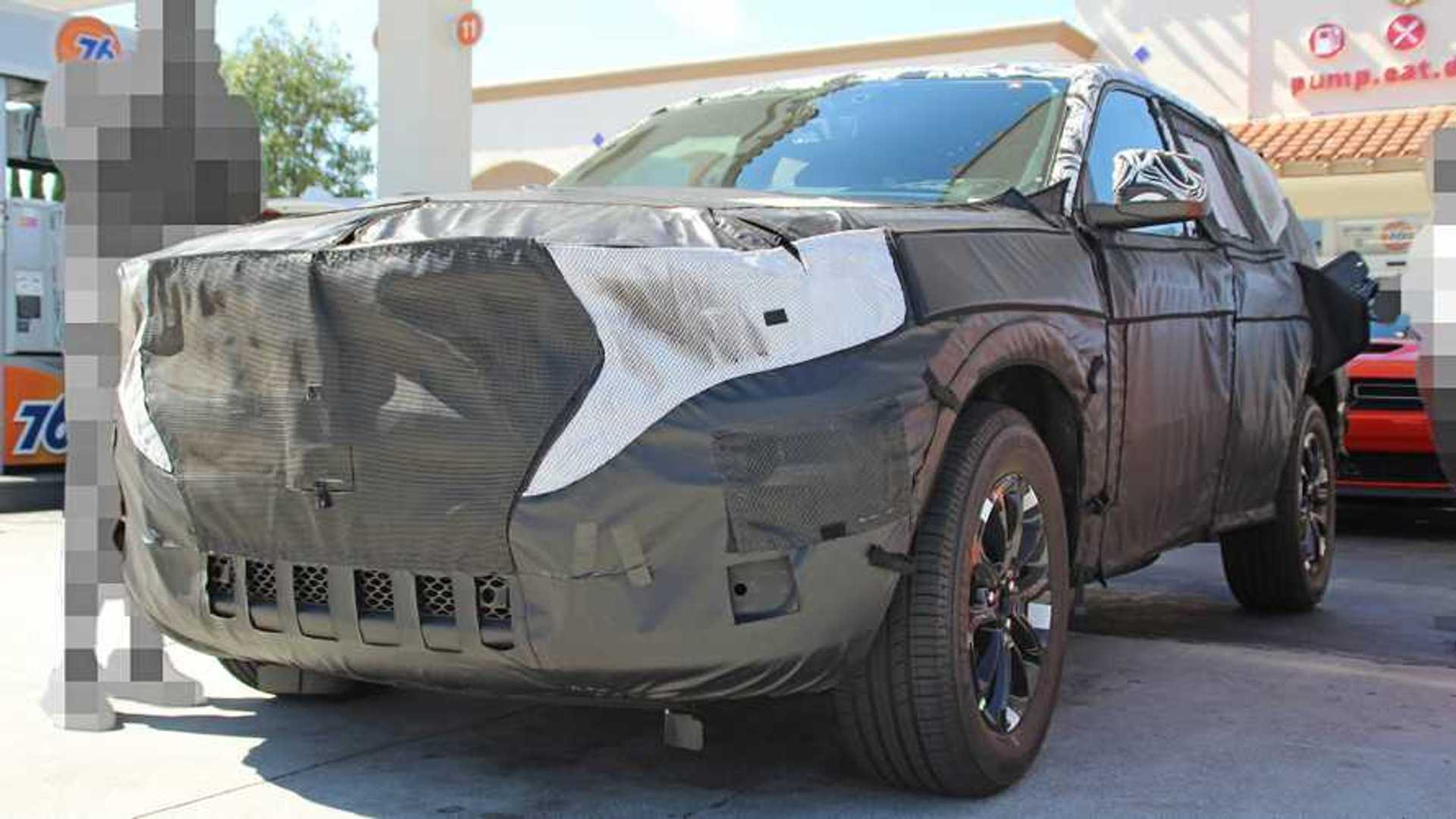 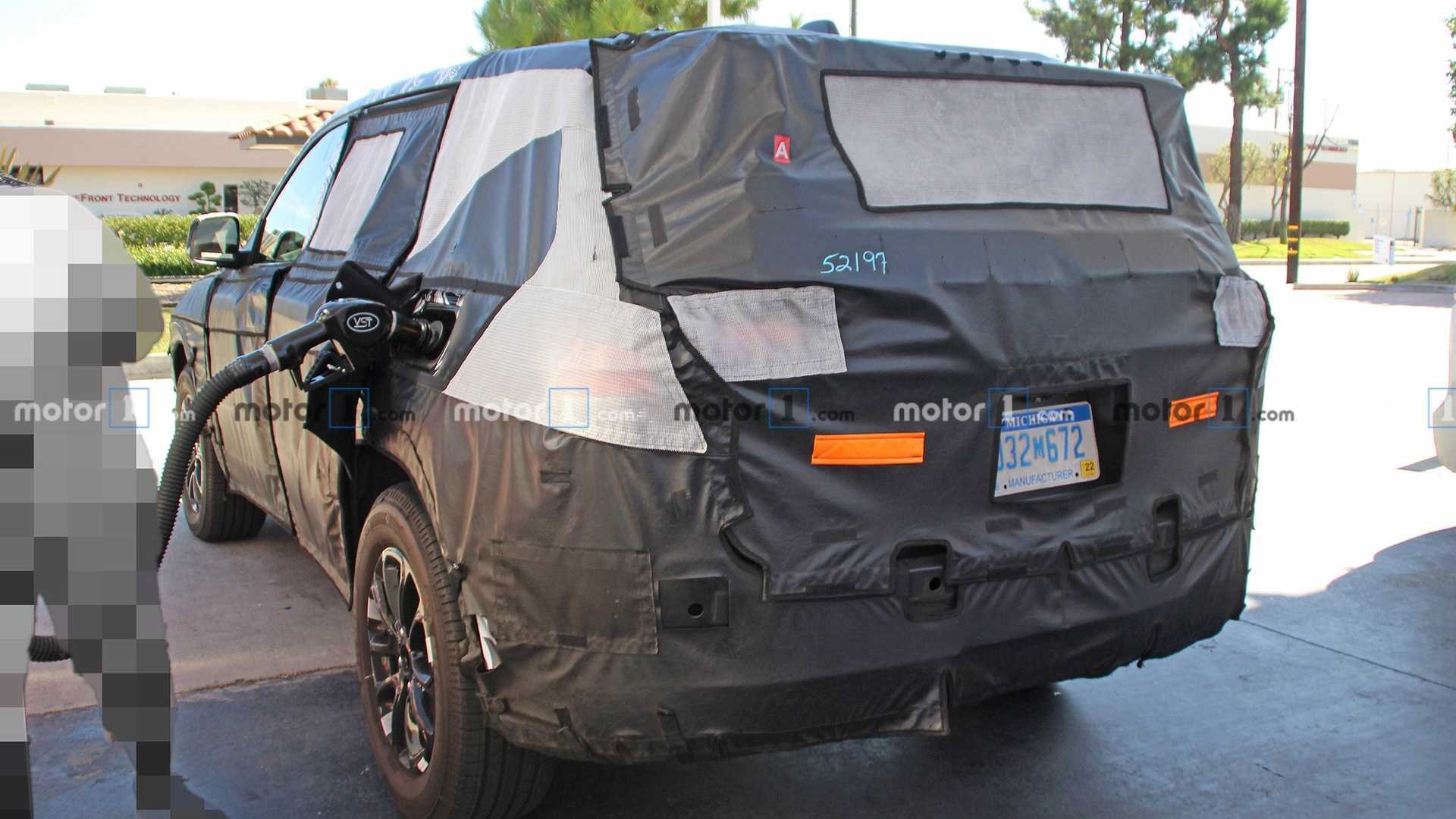 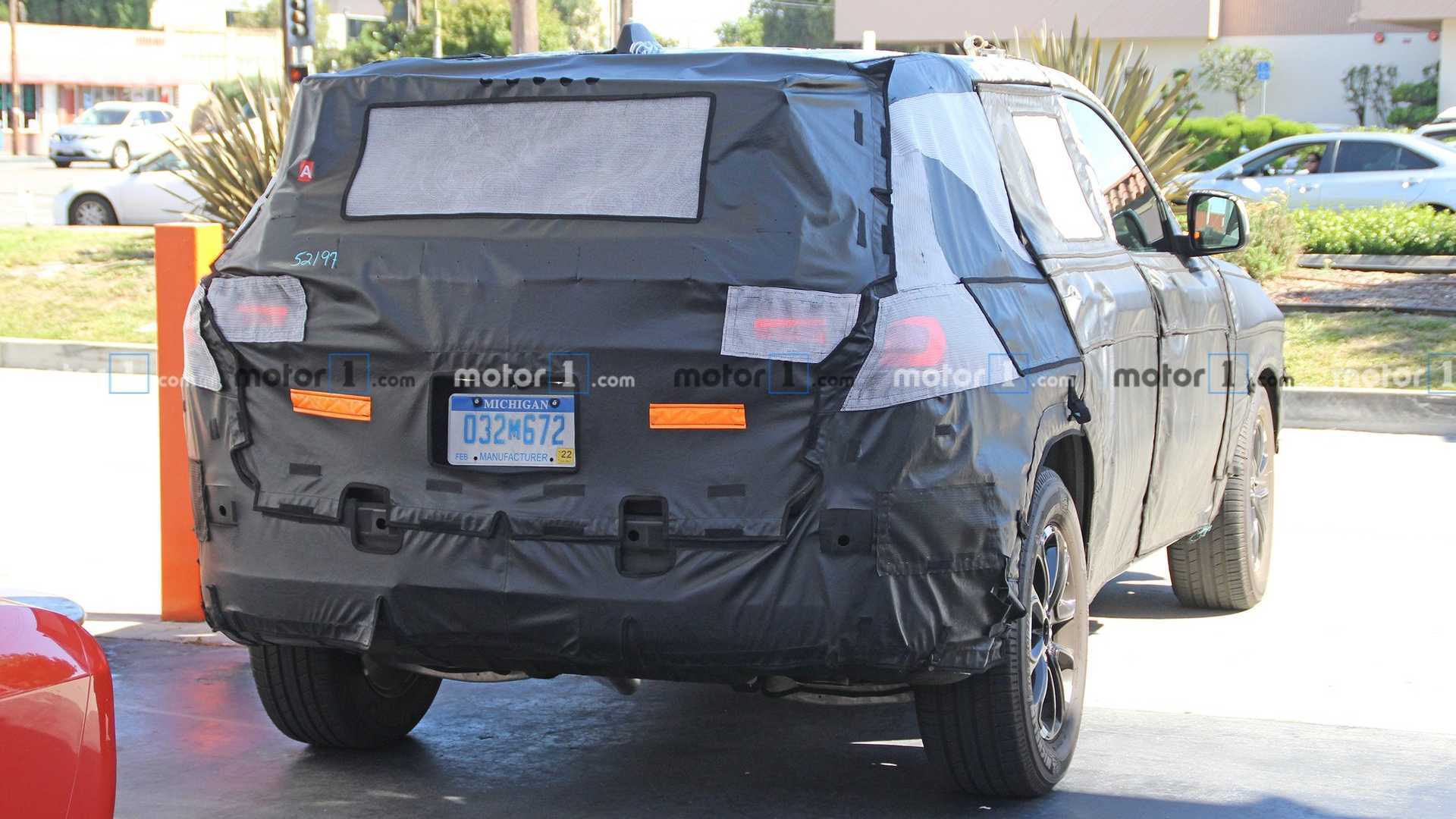 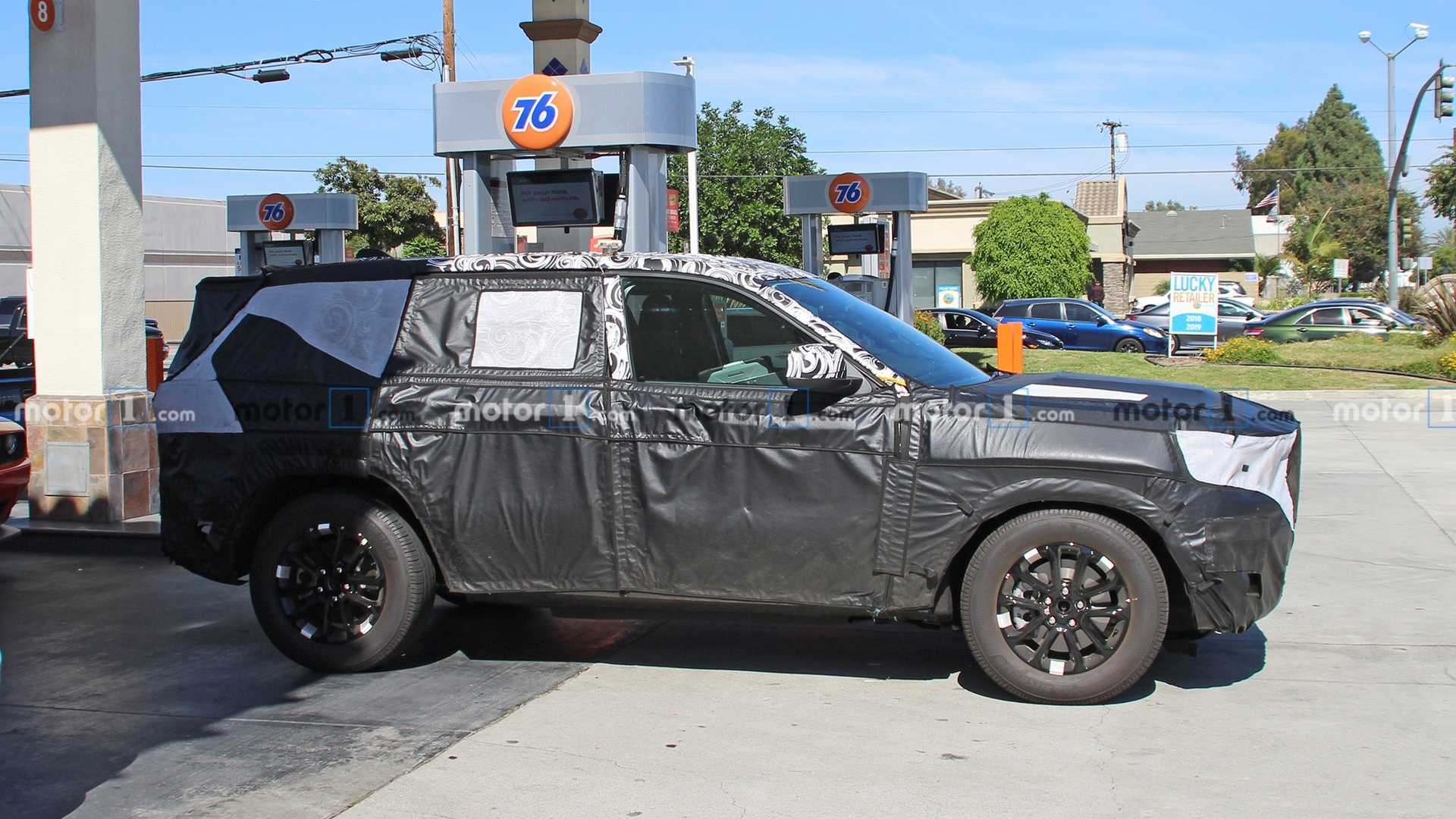 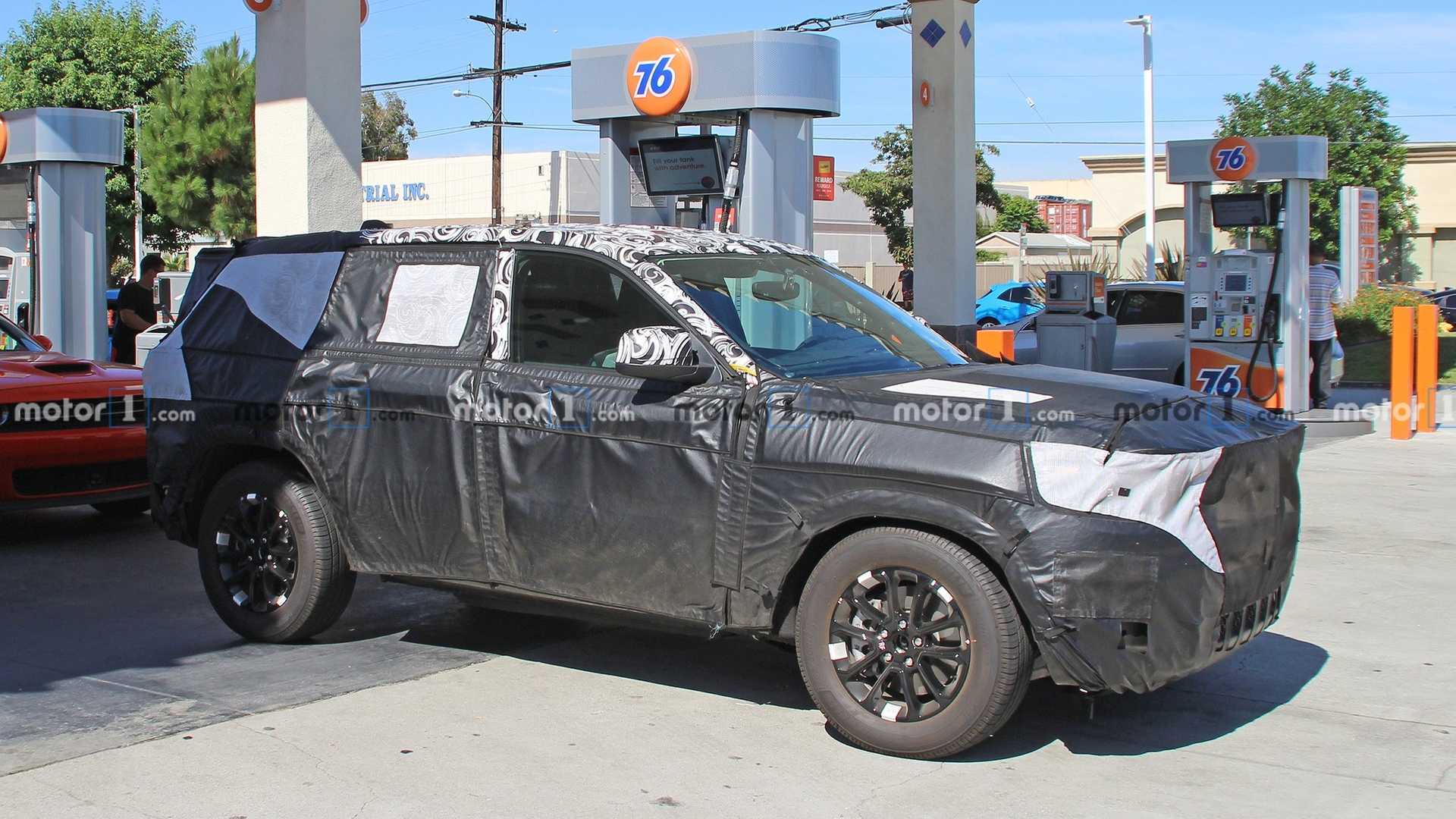